Still good news for NS but of course it's never pleasant to have to report a new death. NS still has 8x less deaths than the Canadian avg and no trend upwards at all. The 4 deaths were aged in their 70s, 2 in their 80s and 1 in their 90s, 3 from Cape Breton, 1 from Dartmouth.

I still am very cautious with these numbers overall since we now know just how liberal the reporting of a COVID-19 death is, though we will likely never know to what extent, so we can only go by the numbers we have. Overall, I'm encouraged by the numbers, but Canada may still have some rough days ahead. Part of that will be because of the more stringent lock down guidelines we have. It will mean our curve is inevitably flatter, but also more gradual meaning our peak won't be near as bad, but will last longer and happen later than other countries. 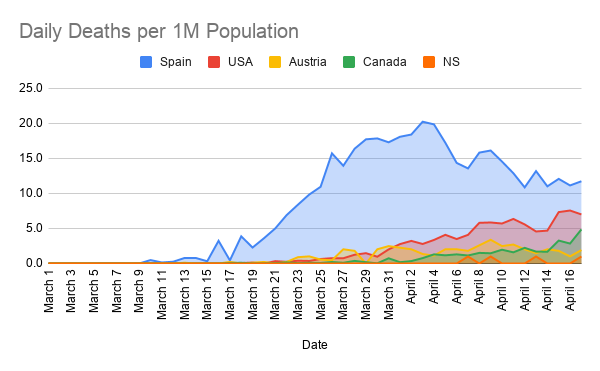 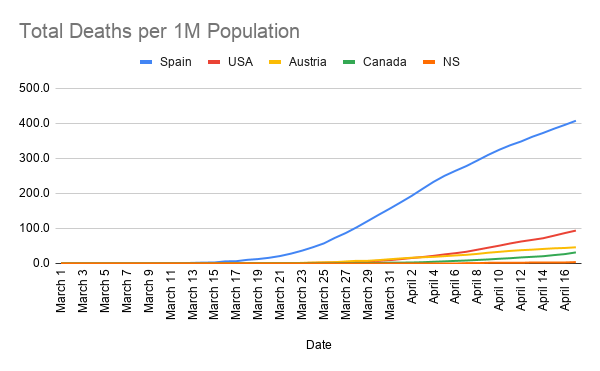